Three in a row for Seasiders 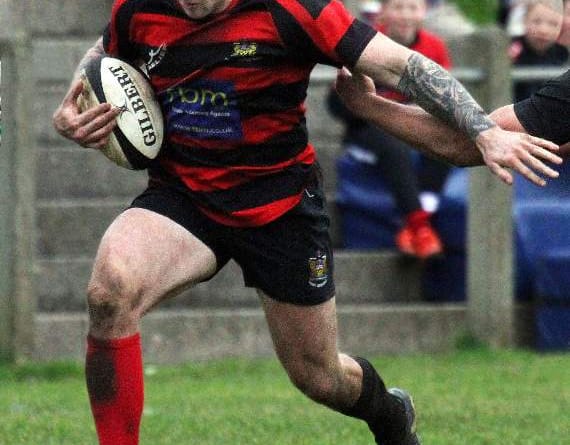 Tenby United made it three successive league wins following a try double from man of the match Will Swales at Loughor on Saturday.

Bouyed by victories in their previous two encounters, the Seasiders soon went in front when Andrew Cooke collected a pass from scrum-half Matthew Morgan and galloped over under the posts for the opening try.

Fly-half Lloyd Thomas converted to give Tenby a sevenpoint advantage early on.

However, the United’s lead didn’t last long and the home side were back on level terms when flanker Tom Davies grabbed a try and the hosts’ other Tom Davies, playing at No 10, converted.

Thomas then fired his side back in front with a penalty goal, and the gap was was extended to eight points when Swales went over for his first try of the afternoon after prop Rob Luly peeled off a lineout and offloaded to the flanker to score.

Unfortunately for Tenby, the conversion went wide of the posts.

Not to be outdone, however, Loughor again closed the deficit just before half-time when outside-half Davies was on target with a penalty goal.

Following the break, though, the United began to take a firm grip on proceedings as they kept Loughor on the backfoot with some strong attacking play.

And it was from one such surge, which set the platform for a series of close range scrums, that flanker Swales crossed for his second try of the afternoon.

Thomas added the extras and when he also banged over a penalty goal for good measure, it secured an excellent victory for the delighted Seasiders, who now move up to fifth place in the Swalec League 2 West table.

And they will be looking for more of the same tomorrow (Saturday) when they entertain Pontarddulais at Heywood Lane, and will have the chance to leapfrog their opponents into fourth place with another victory.