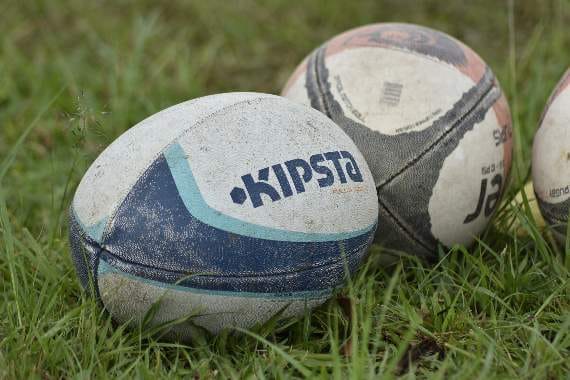 St Peters Youth 0 - Narberth Youth 9: Following the successful conclusion of the Pembrokeshire League where the Youth squad went through the whole campaign undefeated recording 10 wins out of 10, the focus moved last weekend to the WRU Youth Cup last 16 fixture away to St Peters.

Winning the Pembrokeshire League for the first time, the players’ confidence was high, despite the opposition beating Crymych on their own patch in the previous round.

Arriving in a damp and foggy Cardiff with a sticky playing surface, the game started with the large St Peters pack trying to unsettle the Narberth eight, with big carriers driving into the forward exchanges, but, as was to become evident throughout the game, the Young Otters are no soft touch.

Big tackles and fierce competition at the breakdown set the pattern for the first half, with St Peters getting no change out of the committed Narberth pack. The set-piece was evenly contested, but Narberth’s front row of Stephen Pilot, Tom Clarke and Kaleb Higgon backed up by second rows Aled Davies and Harri Rees got on top of their opponents and dominated the scrum for the whole game, even when Pilot was replaced just after half-time by Jac Norcross.

The defensive and set-piece dominance that built through the first half allowed the Narberth breakaway trio of Josh Hamer and Sam Davies along with the exceptional Dafydd Gibby to compete for and win the battle on the floor.

The strong defence of both sides meant despite the quality of the rugby on display chances to score were scarce, but the intensity and tempo of the Narberth game was taking its toll on the opposition whose discipline started to deteriorate.

With skipper Jordan James and fly-half Harri Harries running the show, Narberth were able to start dictating the game, both with and without the ball, with centres Harvey Jones and Ryan Scourfield making significant impact with their hard running and flawless tackling which took the pressure off the back three where Ifan Rees was unflappable against the opposition’s kicking game and marshalled the work of the wingers Leon Whalley and the out of position flanker Nathan Foster who caused the defence problems when the ball was worked wide.

A couple of minor injuries brought Owain Hughes into the game for Harri Rees and having a second openside allowed Narberth to raise the tempo further and draw a string of infringements from the opposition.

Both sides created chances to score, but even under intense pressure on their try line for two significant periods in the second half, the aggressive commitment and tenaciousness of the whole Narberth team kept repelling whatever was thrown at them.

In amongst the heat of this battle, the coolness of Harri Harries who kicked three from three, the battle to win ball and penalties at the breakdown along with a brutally dominant defence took Narberth Youth into the last eight where another Cardiff away day at Cardiff Met awaits.

General consensus around the park was that this was the best 9-0 game most spectators had seen.