More than £100,000 spent on dealing with former Pembs CEO pay off and leader accused of lying 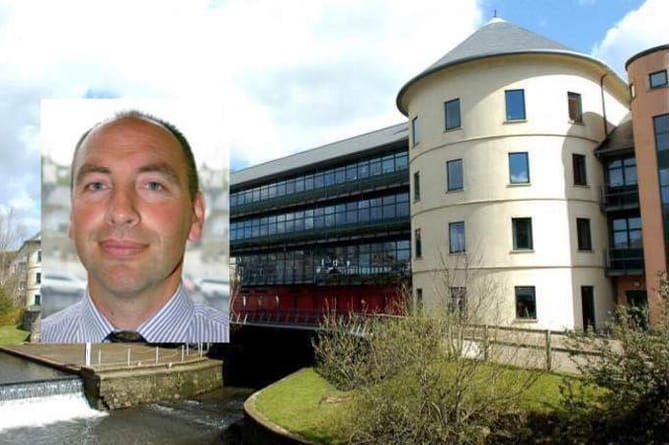 Clr. Jamie Adams (pictured) said council leader Clr. David Simpson had misled full council as he pressed for answers on the recent setting up a disciplinary investigatory committee, with Clr. Adams adding “I honesty think you have lied to council.”

More than £100,000 has been spent so far on consultants and legal advice relating to the pay off to Pembrokeshire’s former chief executive councillors heard today, as one member accused the leader of lying to council.

In a question to full council Clr. Jamie Adams asked for an “accurate expenditure both external and internal including officer time dedicated to the attempt to clear up the resulting mess following the leader’s unlawful decision to provide Mr. Ian Westley with a £95,000 settlement payment to terminate his contract?”

Full council heard it was not possible to provide internal costs but to date £27,000 had been paid to consultants Solace for internal review and recommendations and £92,931 on external legal services with more to be expected to be added to the £119,931 total.

Clr. Adams said council leader Clr. David Simpson had misled full council as he pressed for answers on the recent setting up a disciplinary investigatory committee, with Clr. Adams adding “I honesty think you have lied to council.”

Clr. Simpson said he “took exception” to Clr. Adams’ claim and said he “has not lied to council.”

The setting up of the committee was in response to advice that existing measures were not in accordance with procedures.

He said Clr. Simpson “lied directly to council” when he was asked about bullying by members at a previous full council which Clr. Adams claims Clr. Ken Rowlands had contacted the leader about directly.

Clr. Adams asked if the leader consider that he should “reflect on his position” to which he replied “no.”