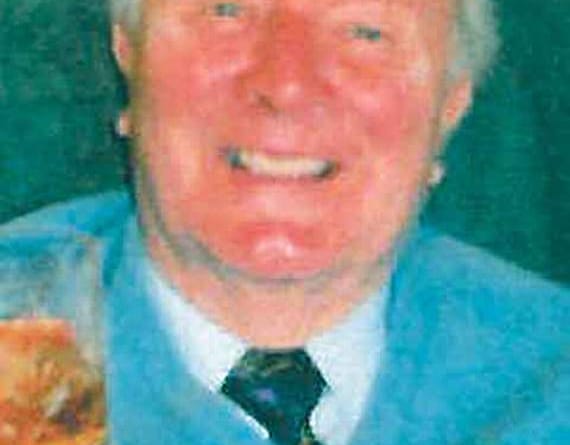 Arthur was born in Narberth in July 1924. He was educated at Narberth Grammar School and was successful in obtaining the Welsh School Certificate.

Leaving school, Arthur commenced employment as a clerk with a firm of auctioneers and estate agents, where he took a course to qualify as a valuer. Arthur’s studies were interrupted by a call-up for military service in 1942.

Arthur joined the Welsh Guards and later transferred to Royal Signals, rising to the rank of Sergeant. He served in France, Germany, Egypt, Syria, Iraq, (Persia), Jordan and Palestine.

Having been released from military service in July 1947, he commenced employment at the Public Trustee Office where he met Alma at the 1949 Christmas party. They were married eight months later in August 1950.

Subsequently, Arthur furthered his career by studying for the Metropolitan Certificate in Executorship.

Arthur and Alma moved to New Malden in 1953, they had Annette that year and Lorna came along in 1955. Since their arrival in Cavendish Road, they became grandparents to Lorna’s four children and Annette’s four children. Over the years, the grandchildren have produced seven children of their own.

Arthur retired in 1986, which enabled him to spend time travelling with friends and he also took several cruises with Alma. He enjoyed playing snooker and his passion for Welsh rugby union stayed with him throughout his life. He was also a great follower of English cricket.

Unfortunately, in recent years his eyesight had failed which curtailed his enjoyment of his hobbies. However, the quality of Arthur’s life was greatly enhanced through Alma’s constant care and support for him as his devoted wife of almost 65 years.

The family have been comforted by the many condolences they have had since Arthur’s passing which have conveyed how well-liked and respected he was by his many friends and acquaintances. He will be missed tremendously.

Arthur was a brother to Joan, Betty and Andrew and his late sister Marjorie who sadly passed away in July 2011.