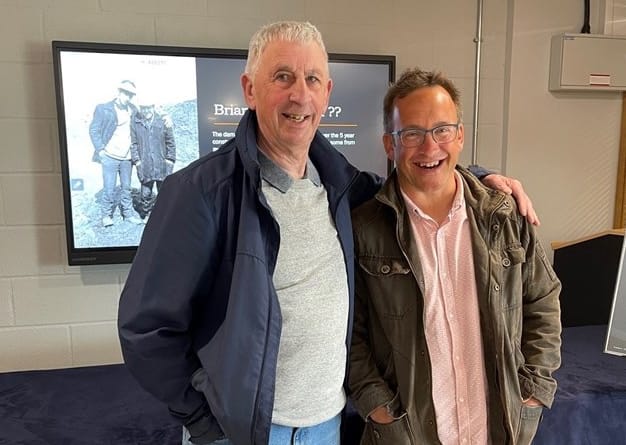 This month marked the 50th anniversary of the construction of Llys y Frân Dam.

Work on Llys y Frân Dam started in February 1968 and the first concrete was poured in the following September. During the construction period it was necessary to divert the Syfynwy River. By June 1970 the stilling basin, control house sub-structure, and pipework in the supply tunnel had been completed and the river was finally diverted through the pipework and the stilling basin.

The final concrete was placed on 19 May 1971 completing a total of over 500,000 tons since placing commenced in September 1968. By May, the depth of water had risen to 40 feet but it was only on 5th December 1971, exactly nine months after impounding had commenced, that the reservoir overflowed for the first time.

The dam is a feat of engineering, but it has also preserved this landscape as a haven for nature and wildlife.

Fifty years later, the venue created a wonderful display of photographs and memorabilia for everyone to see, with the help of the public.

The day was well received with a steady stream of visitors enjoying the gallery and display; many of whom had not seen each other for decades, and others enjoying conversations about family members lost who worked at the dam during the construction.

Brian Kell was part of the vast team who worked for The Pembrokeshire Water Board and helped to build the reservoir.

Today, Brian’s son Justin is one of our team of activity instructors. Here they are recreating a photo that was taken of Brian with fellow worker Mick in 1971!

Along with the fantastic gallery and display, visitors were treated to a dam fountain scour, this huge plume of water is a spectacular sight.

The Dam Tower walkway was also opened for the day so that visitors could enjoy the view from the top of the dam.

Staff at Llys y Frân were delighted with the response to requests for old photographs and memorabilia and would like to thank everyone who got in touch.

Diane Berry, Business Support Manager at Llys y Frân said: “It’s been a privilege speaking to members of the public who have shared their memories with us. We have gained so much insight into the history of the dam.” 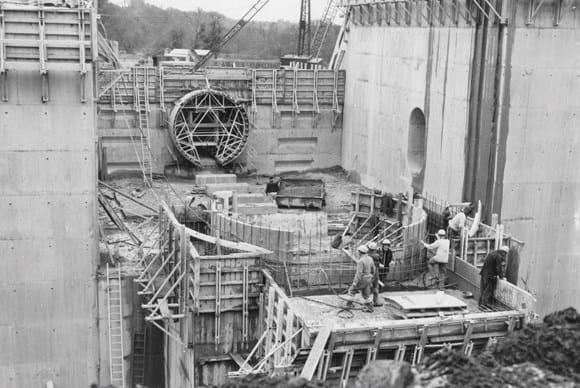