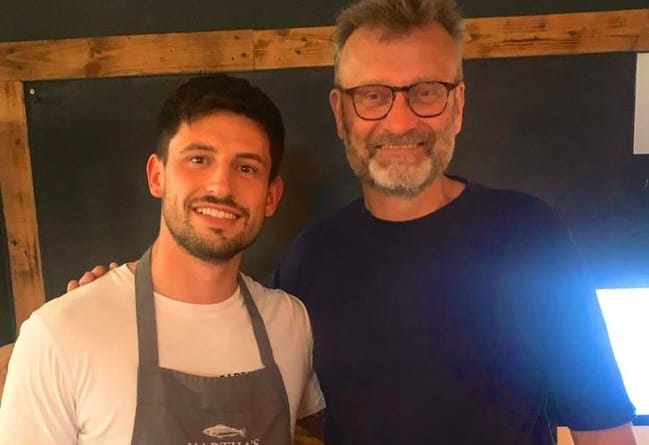 STAFF at Martha’s Vineyard were surprised and delighted to welcome comedy legend Hugh Dennis to the restaurant on Wednesday evening:

“He was visiting Milford Waterfront so called in. We have a passion for serving great local fish, seafood, meat and produce and love to champion Pembrokeshire producers so it was great to show him what Pembrokeshire has to offer.

“Milford Waterfront is attracting plenty of celebs these days!”

Best known for his comedy work with Steve Punt, Hugh Dennis is also a panellist on Mock the Week, and his many acting roles include playing the dad in British sitcom ‘Outnumbered’ alongside Claire Skinner - and even a cameo in the 2021 James Bond film No Time to Die. He is pictured above with Martha’s Vineyard Head Chef Ashley Andrews.