Jobs at risk as McColl’s goes into administration 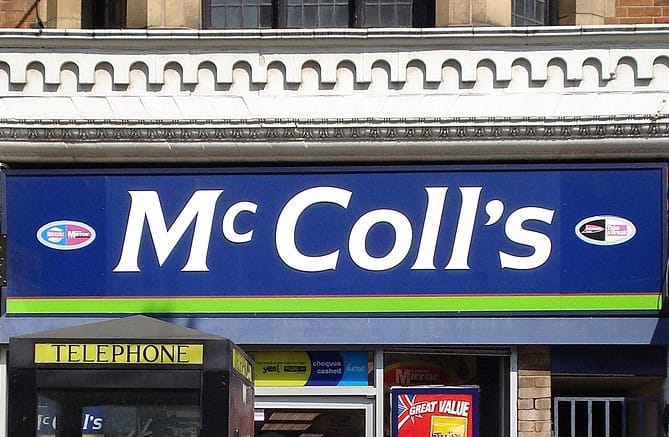 The convenience store chain McColl’s has announced it has gone into administration - with 16,000 jobs at risk.

PriceWaterhouseCoopers has been appointed as the administrator, with the initial hope that a buyer can be found for the company.

There are 1,100 convenience shops across the UK, including one in Pembroke.

It had been hoped that a rescue deal put forward by Morrisons yesterday could save the company, but this appears to have been unsuccessful.

Way To Work is just the job for employers and candidates

In a statement, McColl’s said: “Further to the announcement on 3 May 2022, the Company’s senior lenders have this morning declined to further extend the waiver of the Company’s banking covenants, which has now expired.

“Whilst the constructive discussions with the Company’s key wholesale supplier to find a solution with them to the Company’s funding issues and create a stable platform going forward had made significant progress, the lenders made clear that they were not satisfied that such discussions would reach an outcome acceptable to them.

“In order to protect creditors, preserve the future of the business and to protect the interests of employees, the Board was regrettably therefore left with no choice other than to place the Company in administration, appointing PriceWaterhouseCoopers LLP as administrators, in the expectation that they intend to implement a sale of the business to a third-party purchaser as soon as possible.

“Accordingly, the directors of the Company and of each of Martin McColl Limited, Clark Retail Limited, Dillons Stores Limited, Smile Stores Limited, Charnwait Management Limited and Martin Retail Group Limited have resolved to file documents at Court today to appoint Mark James Tobias Banfield, Robert Nicholas Lewis and Rachael Maria Wilkinson of PwC as Administrators of the Company and of the named subsidiaries.  That application is expected to be approved by the Court over the course of the day.

“The Group has requested that the listing of its ordinary shares be suspended with immediate effect.”