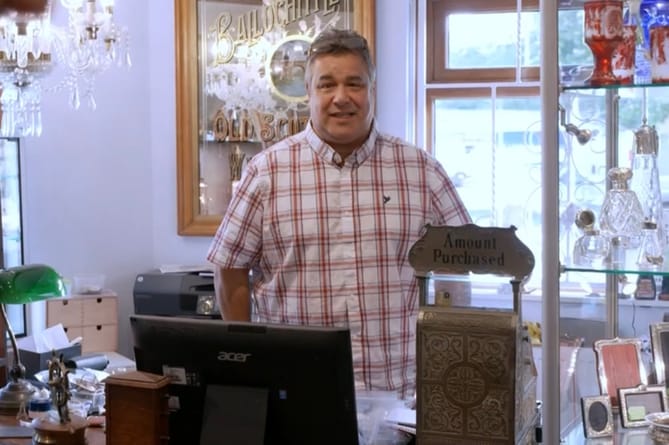 There was much excitement at [email protected] Green in Tenby on Thursday, May 12 when a classic Morgan sports car was spotted parked outside!

The shop, that is affectionately known as ‘the shop that’s never open’, had a surprise when the doorbell rang and owner Jason Sallam, expecting it to be an Amazon delivery, was shocked to see a film crew from the BBC’s Antiques Road Trip once again, plus the antiques expert, whose identity is to remain a secret until the programme is aired in the autumn.

Several items were purchased, and Jason is looking forward to seeing how well they did at auction when the programme is aired later in the year.

Antiques expert Tim Medhurst visited the store in Tenby which specialises in jewellery, medals, coins, and silver collectables for a previous episode which was screened last year on BBC, and there was much excitement back then when the show’s vintage yellow 1960s Fiat 500 nicknamed ‘Bumblebee’ was spotted driving down St John’s Hill and parking outside the premises - and even more excitement for expert Tim as he came away with a handful of medieval coins, as well as a timeless arts and crafts wooden letterbox.